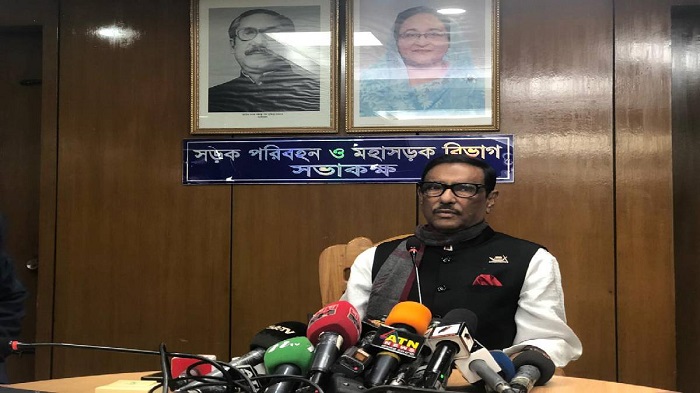 “The Election Commission should dig out the truth through probing Sunday’s clash during election campaign of BNP’s mayoral candidate of Dhaka South City Corporation (DSCC) Ishraque Hossain and it can direct the law enforcers to take action against those involved in the clash,” he said.

The Minister came up with the information while talking to reporters on current issues at the Secretariat.

“Sporadic clashes can’t make any hindrance to holding the elections. There are video footages and the footages don’t prove that the Awami League supporters carried out the attack first. From which party the bullet was coming from is not clear in the footage while the candidate himself kicked rival party’s office. It was also found in the video,” said Quader.

The supporters of BNP’s DSCC mayoral candidate Ishraque Hossain engaged in a clash with Awami League activists during electioneering in the city’s Gopibagh area on Sunday.

The clash that lasted for around 30 minutes left around 15 people, including a photojournalist of Somoy Television, injured.

Talking about EVM use in the elections , Quader, said BNP took the EVM issue to the court and it has rejected BNP’s plea and all should go forward  accepting that the election will be held with EVM.