Producing drama in spirit of War of Liberation stressed 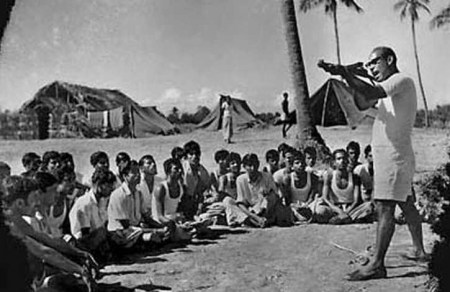 Theatre personalities have stressed writing, producing and stating dramas in light with spirit of the War of Liberation to inform the true national history to the younger generation and bring them up with patriotic zeal.

They made the observation at a discussion arranged by drama organization ‘Sarothi’ at its office on the Central Shaheed Minar premises here to celebrate its 49th founding day through various colourful programmes on Saturday night.

With life-term Member of the organisation and noted dramatist Md. Abdus Sobhan in the chair, President of Rangpur city Awami Lillie Shafiur Rahman Shafi attended the function as the chief guest.

“Staging of dramas frequently at educational institutions can easily inform the young generation about true national history to establish spirit of the War of Liberation and severity of drug abuse and other social curses,” he added.