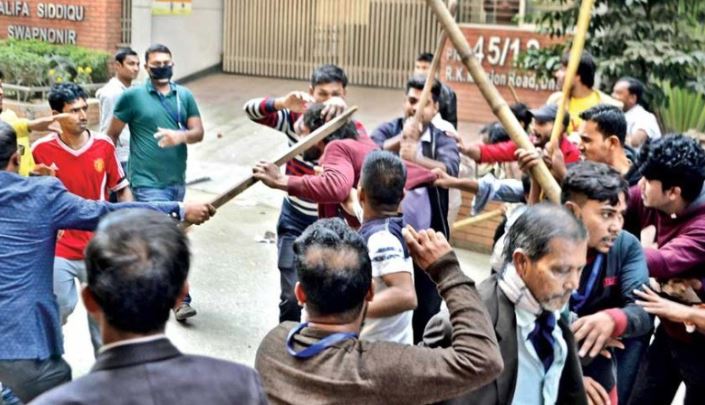 Law enforcers arrested five people in a case filed over the Sunday’s clash between supporters of BNP mayor candidate for DSCC Ishraque Hossain and those of Awami League-backed councillor candidate in the capital’s Gopibagh area.

The identities of the arrestees were not disclosed yet.

Earlier on Sunday night, Maksud Ahmed, a leader of Gopibagh Ward unit of the ruling party, filed a lawsuit against 50 BNP activists over the clash, which left 15 people of the both sides injured.

The clash that lasted for around 30 minutes left a dozen of people, including a photojournalist of Somoy Television, injured.