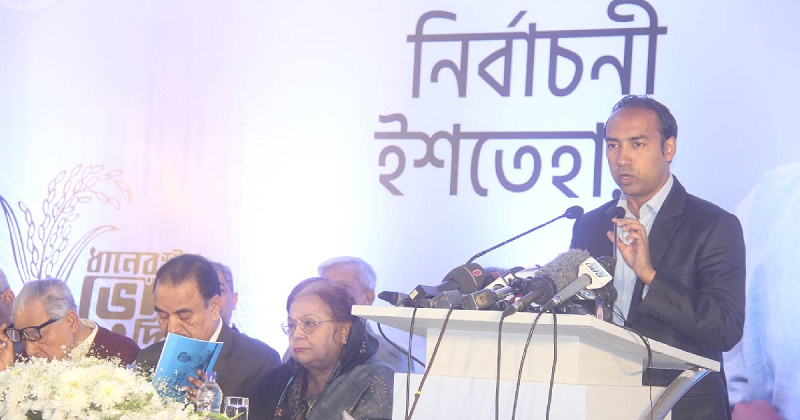 He outlined the promises while unveiling his 38-point manifesto at a press conference held at Emmanuelle’s Banquet in Gulshan.

Tabith said he will take steps to ensure the rights and security of citizens.

He said the incumbent government and mayors have failed to handle the mosquito issue.

“If elected, I’ll carry out mosquito repellent activities throughout the year. I’ll also work for reducing traffic jam and will take effective steps to stop air pollution in the city,” he said.

Dhaka ranked third in the list of cities with worst air. The capital city has been grappling with air pollution for years.

When reporters asked whether it will be possible to implement the manifesto even if he is elected, given that he belongs to the opposition party, Tabith said: “It’ll be, if the people remain by my side.”