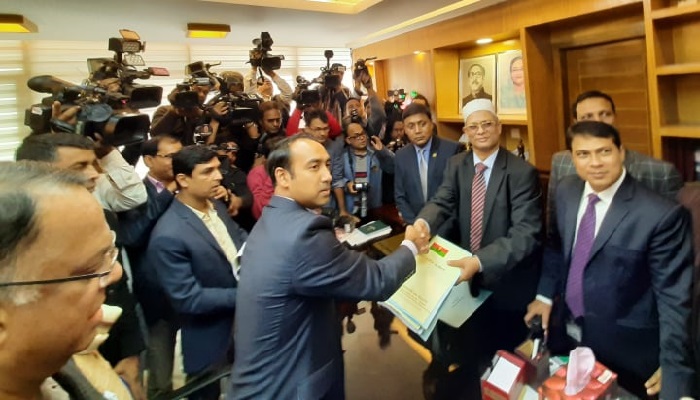 The bench of Justice JBM Hasan and Justice MD Khairul Alam is set to hear the petition this afternoon.

The petitioner said that the Election Commission and other concerned have been made respondents to the writ.

The petitioner told  reporters on the day that ‘Tabith along two others has shares in NFM Energy (Singapore) private company limited. Tabith did not mention it in his affidavit.”

As the EC did not take any action as per his complaint, he filed the writ with the HC, said the former judge.