She carries a child, and guards a dark secret 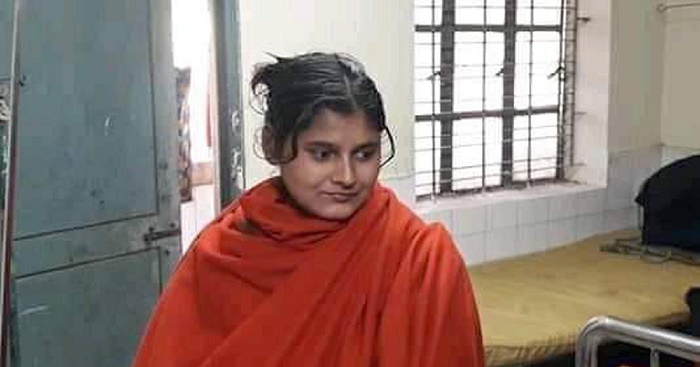 The authorities of Sadar Hospital are yet to identify a pregnant woman who was left abandoned at the gate of the hospital four months back.

No relative of the woman has come forward while she herself remains mum whenever doctors ask about her details, said Social Welfare officer of the hospital Ershad Ali.

Doctors suspect that the woman refuses to divulge her identity and background detail due to some fear that has been instilled in her.

She has possibly been victimised through some form of extreme mental torture, whereas she needs love and care of near ones. That the child’s father has not come forward is a tell-tale sign of victimisation.

Four months back one evening, the woman was left abandoned at the entrance of the hospital and later was admitted to the hospital, he said.

“She is now taking treatment in the Gynecology ward where many nurses and doctors tried to recover her identity but failed,” he added.

Social Welfare and Hospital authorities were trying to find her identity for recovery of her mental health.

The woman talks very little, never harms anyone and is scheduled to give birth in March, said Chameli Begum, Senior Staff Nurse.

Civil Surgeon Dr Kashem Ali said the hospital authority has assumed full responsibility for the treatment of the mother-to-be as long as she remains in the hospital.