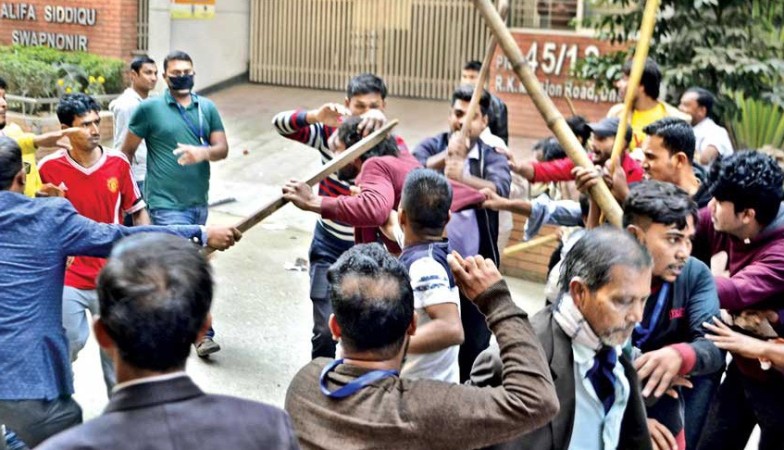 A case has been filed against 50 BNP men over the clash between supporters of Dhaka South City Corporation (DSCC) mayoral candidate Ishraque Hossain and Awami League activists in the city’s Gopibagh area on Sunday, which left 15 people of the both sides injured.

The clash that lasted for around 30 minutes left around 15 people, including a photojournalist of Somoy Television, injured.

Witnesses said the supporters of Awami League-backed councilor candidate Rokonuddin Ahmed and reserved women councillor candidate Lovely Chowdhury took position on a road near the main gate of Central Women’s College while Ishraque along with his supporters was moving to the area in a procession around 12:50pm.

Both sides raised slogans against each other and locked into an altercation.

At one stage, they attacked each other by throwing brickbats and chairs at each other.

The two sides fought a pitched battle until police intervened and brought the situation under control. The sounds of several blank shots were heard during the fight.

Duty officer of Wari Police Station Shila Akhter said they sent their force immediately after receiving information about the clash through a phone call on 999.