All pensioners to come under online payment system 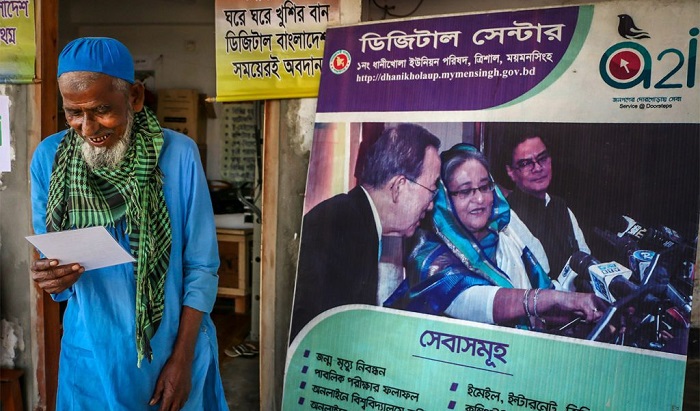 All the retired public servants are set to get monthly pension benefits through online payments by FY’20 as the government is trying to remove pension-related hassles.

The central pension and fund management office under the ministry of finance has nearly finished all necessary processes with regard to this, the ministry officials said.

At present, some 0.741 million public servants receive monthly pensions, mostly through some hectic process of the existing payment method.

Of the pensioners, 0.126 million were brought under the online payment system by December last year. First and second class officials were the beneficiaries of the system.

Now, the remaining pensioners are in the process of being included in the centrally administered payment system, sources said.

The finance ministry officials said the monthly pension benefits will be sent to any bank accounts of the recipients or through mobile banking if intended by any recipients.

Earlier, the monthly pension allocations used to be kept in different ministries and pensioners had to go to the office of auditor general (AG) for getting their monthly benefits.

But now the system has been brought under the central control of finance ministry.

For this, a separate office has been opened and online payment system introduced, lowering hassles of the pensioners.

The move comes as part of the government’s ongoing efforts to reform public financial systems with the World Bank’s support.

A total of eight schemes are being implemented under the WB funded ‘Strengthening Public Financial Management Service’ project, including one to reform the hectic pension system.

The pension reform initiative kicked off last year eying to send pension benefits to the pensioners quickly and without any harassment.

Every year, a large portion of the government budget is spent on pension benefits. Nearly Tk170 billion was spent in last fiscal year for the purpose, the finance ministry data suggest.

For the last few years, the government has been working on making the pension system easier.

As part of it, initiative has been taken so that public servants can get their welfare fund and provident fund even before going to post retirement leave.

From now on, pension recipients won’t need to get clearance from different offices that were mandatory earlier.

Moreover, the government is mulling over removing the anomaly that husbands of the dead female public servants get their wives’ pension for 15 years even though the wives of dead male servants get pension till their lifetime.