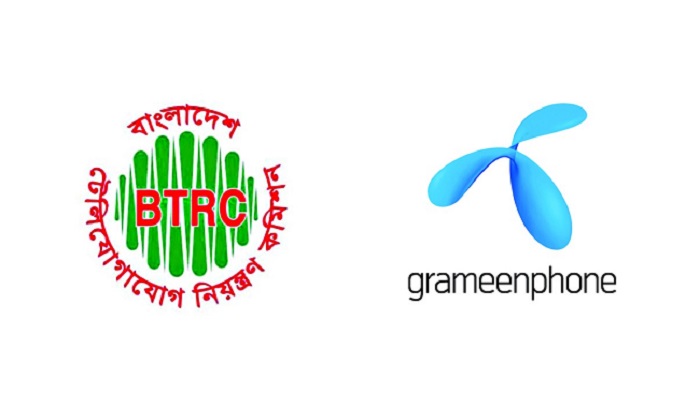 Mobile phone operator Grameenphone on Sunday filed a review petition with the Appellate Division of the Supreme Court seeking permission to pay Tk 575 crore in 12 installments as an ‘adjustable deposit’ to the Bangladesh Telecommunication Regulatory Commission (BTRC) over an audit dispute, almost triple the amount it offered to pay earlier.

The review petition was filed with the Appellate Division, said Hossain Sadat, Director and Head of Regulatory Affairs, Grameenphone.

“We are seeking consideration of the court to allow GP to deposit Tk 575 crore, which is 25 percent of the basic money demanded in the audit, through 12 equal monthly installments,” Sadat said.

Earlier on November 24, the Supreme Court asked GP to pay Tk 2,000 crore of the Tk 12,579.95 crore dues claimed by BTRC as an adjustable deposit within 3 months.

The SC passed the order after hearing a petition filed by the telecom regulator against a High Court order.

It also said the two-month injunction on realisation of the dues slapped by the HC will be vacated if Grameenphone fails to pay the amount.

On October 24, the apex court wanted to know from GP how much of the amount claimed by BTRC it would be willing to cough up as adjustable deposit, to which the mobile phone company responded with an offer of Tk 200 crore.