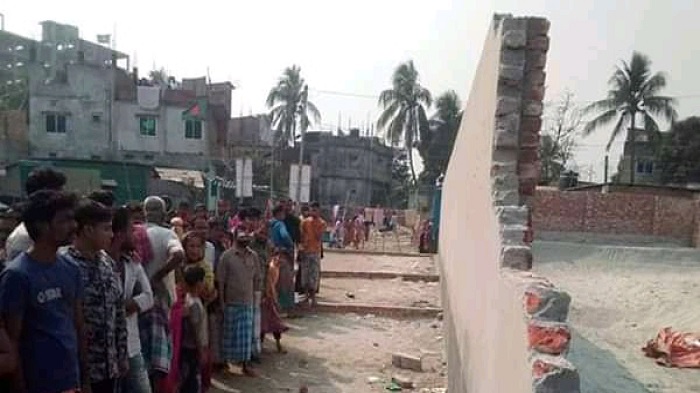 Two people, including a madrasa student, were killed and two others injured as a wall collapsed in Muslimbag area of Keraniganj on Sunday.

The deceased were identified as Abdur Rahim, 7, a student of Muslimbagi Madrasa and Babu, 23, a resident of the area.

Locals said a portion of a wall of a house, owned by Haji Bullet, collapsed on four people while they were walking on the road, leaving them severely injured.

Injured Rahim and Babu succumbed to their wounds at Mitford Hospital while Harun was sent to National Institute of Traumatology & Orthopaedic Rehabilitation in Dhaka as his condition was critical.

Officer-in –charge of Keraniganj Model Police Station Kazi Mainul Hossain said a crack developed on the wall few days back but its owner did not fix it.

A case was filed in this regard, he said.