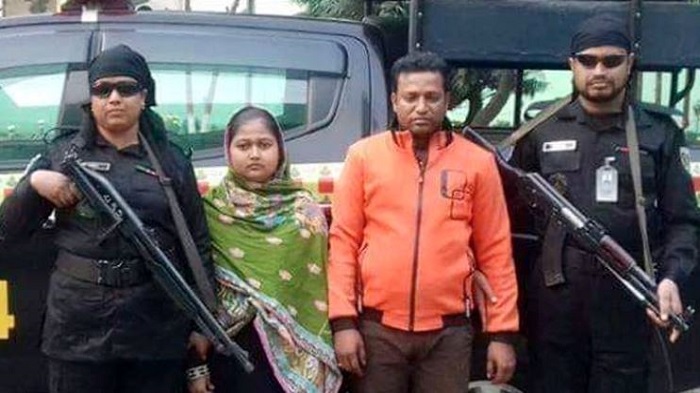 Members of Rapid Action Battalion (RAB) on Saturday arrested a couple in Bank Colony area of Savar, on the outskirts of the capital, on charge of raping a teenage girl and abducting a two-year-old girl.

The arrestees were identified as Md Saheb Ali, 24, son of late Ali Hossain of Maheshpur in Jhenaidah district and his wife Jesmin Khatun, 25.

The victim is sister-in-law of detainee Saheb Ali and abducted child is niece of Jesmin Khatun.

A team of RAB-4 arrested the couple from a rented house in Bank Colony area of Savar after victim’s elder brother Md Rubel Mia filed a case with Savar Model Police Station. Jharna Akter, the two-year-old girl, was also rescued from the house during the drive, Sagar Dipa Biswas said.