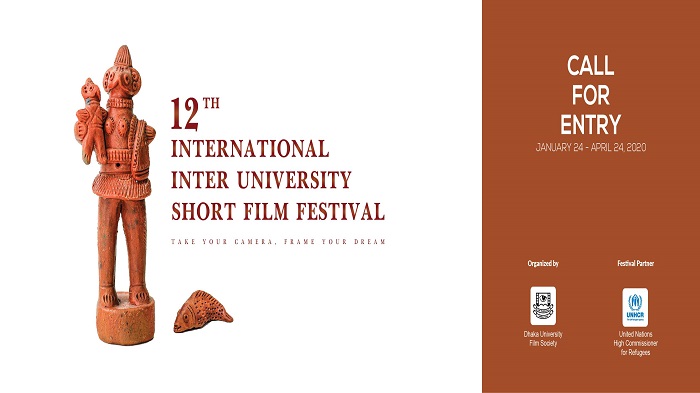 With a view to providing a platform to the young and talented student filmmakers in Bangladesh and abroad for showcasing their works, the three-day long 12th edition of International Inter University Short Film Festival (IIUSFF) will simultaneously begin at different universities across the country on July 28 next.

Dhaka University Film Society (DUFS) in collaboration with the office of the United Nations High Commissioner for Refugees (UNHCR) is organising the film festival.

Starting on January 24 with four categories – competition, panorama, short film on refugee and one-minute shorts, the ‘Call for Entry’ of the festival will end on April 24 next.

Selected films will be screened on various university campuses, selected cultural centres at divisional cities throughout the country and reputed cultural institutions of the capital while the final screening will be held at the TSC auditorium on Dhaka University campus.

Participants will be awarded in different categories on the last day of the festival.

IIUSFF began its journey in 2007 focusing on refugee crisis across the world.