BNP has a permanent representative to Election Commission: Quader 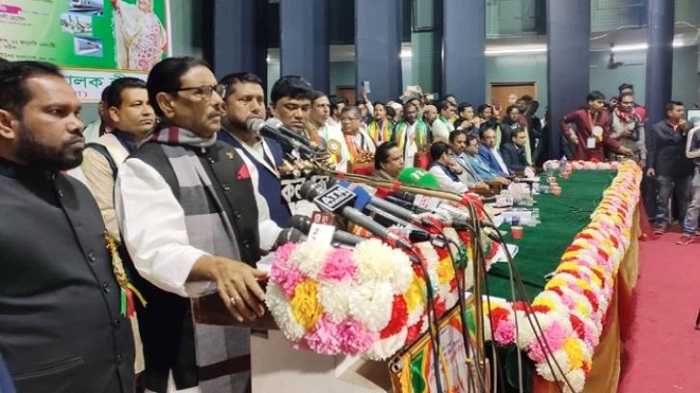 Terming BNP as a party that makes complaint every now and then, Road Transport and Bridges Minister Obaidul Quader has said BNP has a permanent representative to the Election Commission (EC).

He came up with the remark while addressing the council of Motor Drivers League (Sramik League) at the Institution of Engineers, Bangladesh (IEB) in the capital on Sunday.

Quader, also the general secretary of Awami League (AL), said BNP only knows how to lodge complaint after they have failed in movements and elections.

“They (BNP) can’t do anything by participating elections and waging movements. Now they make complaint every now and then. The party has a permanent representative to the EC. Their complaints are baseless and exaggerated,” he said.