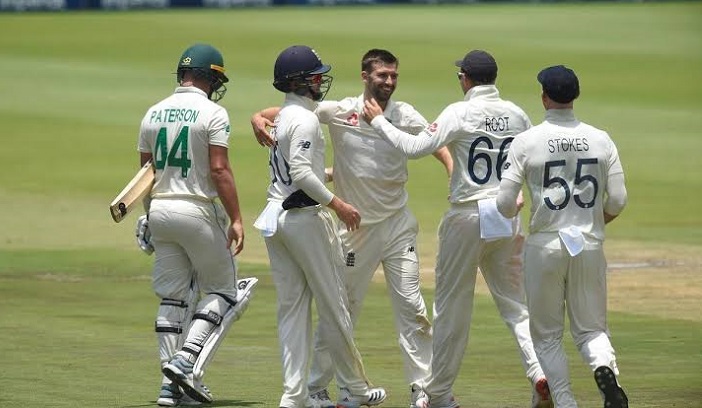 Mark Wood finished with five wickets as England took a 217-run first innings lead on the third day of the fourth and final Test against South Africa at the Wanderers Stadium on Sunday.

South Africa were bowled out for 183 at lunch in reply to England's 400. Fast bowler Wood had figures of five for 46.

Quinton de Kock (76) and Dwaine Pretorius (37) held up England's progress with a 79-run partnership for the eighth wicket but both were dismissed shortly before the scheduled lunch break.

The interval was delayed and it only needed another six minutes for England to claim the last wicket.

Ben Stokes made the crucial breakthrough when he had Pretorius caught at gully and Wood followed up by bowling De Kock and having Dane Paterson caught behind.

England, leading the series 2-1, remained in firm control but De Kock and Pretorius prevented what threatened to be a rout when South Africa, resuming on 88 for six, lost the wicket of Vernon Philander to the sixth ball of the morning.

De Kock scored his fourth half-century of what has been a poor series for the South African batsmen. His team-mates have contributed only five other 50-plus scores between them.

England decided to bat again and not enforce the follow-on.