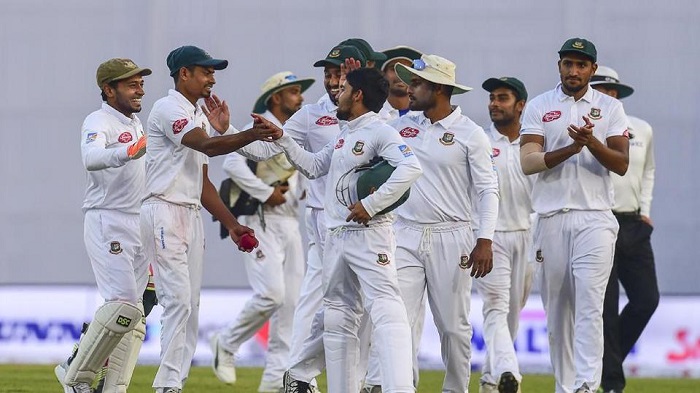 Bangladesh Cricket Board announced on Sunday that they will take on Zimbabwe in a one-off Test in the upcoming home series at the Sher-e-Bangla National Stadium from February 22.

The visitors will arrive on February 15 while they are slated to play a two-day practice game against board XI on February 18 and 19.

While Bangladesh's T20I side is busy playing in Pakistan, the members of the Test side are busy preparing for the next phase of the Pakistan tour - including two Tests starting from February 7 - and then the Zimbabwe game.

Skipper Mominul Haque and the other Test team players are currently going through skill training session under the supervision of their South African batting consultant Neil McKenzie, who refused to travel to Pakistan due to personal reasons.

After the lone Test match, both the teams will travel to Chattogram as all the three one-day internationals that will be day-night affairs are scheduled to be played at Zahur Ahmed Chowdhury Stadium on March 1, 3 and 6.

The teams will then return to the national capital for the two T20Is, to be played on March 9 and 11.