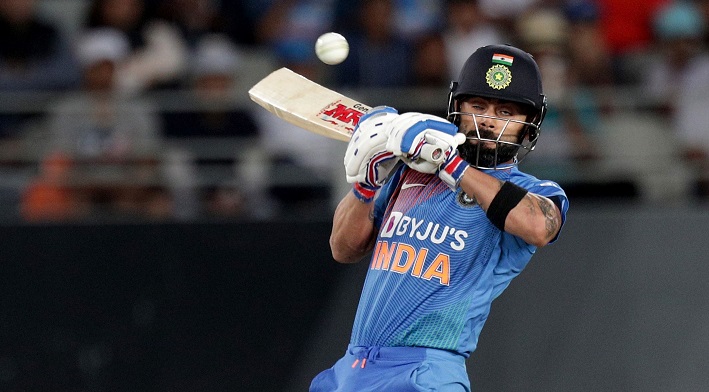 Tight bowling by India, led by Ravindra Jadeja, restricted New Zealand to 132 for five batting first in the second Twenty20 in Auckland Sunday.

New Zealand won the toss and believed conditions were ripe to bat first after more than 400 runs were scored in the opening match of the series on the same wicket two days ago.

When Martin Guptill cracked back-to-back sixes off the opening over by Shardul Thakur there were signs the decision to bat would pay off.

But that was to be New Zealand's most productive over.

Guptill continued to plunder the boundaries in his 33 before he was caught by Virat Kohli to give Thakur a sense of revenge.

Tim Seifert, not out 33, and opener Colin Munro (26) were the only other batsmen to pass 20 on a ground with notoriously short boundaries.

Left-arm spinner Jadeja, who accounted for Kane Williamson (14) and Colin de Grandhomme (three) finished with figures of two for 18 off his four overs.