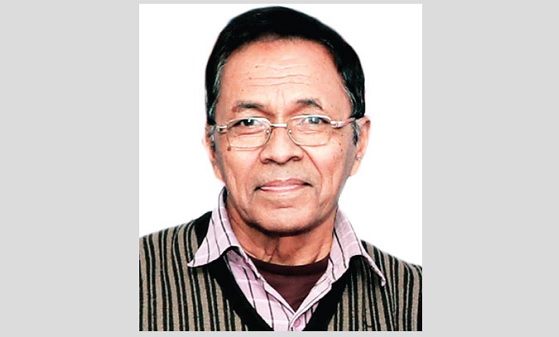 Ship breaking industry plays an important role in the economy of Bangladesh. It is supporting steel industry, shipbuilding industry and other heavy and light engineering industries as well as by generating employment. The industry has flourished in the coastal area of Chattogram.

Ship dismantling procedure started in Bangladesh during 60s decade. A Greek ship, ‘MD Alpine,’ remained stranded on the shores of Sitakund after a severe cyclone. The ship remained there for a long time. At one stage, Chattogram Steel House brought the vessel and scrapped it.

Ship Breaking: Impact on Environment and HealthDuring Bangladesh Liberation War in 1971, a Pakistani ship, ‘Al Abbas,’ was damaged by bombing. It was later salvaged and brought to Fauzdarhat seashore. In 1974, Karnafully Metal Works Limited bought it as scrap, introducing commercial ship breaking in the country although its formal commercial operation started in 1982.

The official Labour Act 2006 recognised it as an ‘establishment’ covered by the labour standards. The industry is mainly concentrated on an area covering around 25 kilometres (KM) from Fouzdarhat to Kumira, north of Chattogram city on the Bay of Bengal.

Though ship breaking has earned a good reputation for being a profitable industry in developing countries, studies show there are a number of environmental and human health hazards. Ship breaking activities contaminate the coastal soil and sea water environment mainly through the discharge of ammonia, burned oil spillage, floatable grease balls, metal rust (iron) and various other disposable refuse materials together with high turbidity of sea water.

Depending on their size and function, scrapped ships have an unladened weight of between 5,000 and 40,000 tonnes (the average being 13000+), 95% of which is steel, coated with between 10 and 100 tonnes of paint containing lead, cadmium, organotins, arsenic, zinc and chromium. Ships also contain a wide range of other hazardous wastes, sealants containing PCBs, up to 7.5 tonnes of various types of asbestos and; several thousands litres of oil (engine oil, bilge oil, hydraulic and lubricants oils and grease). Tankers additionally hold up to 1,000 cubic meters of residual oil. Most of these materials have been defined as hazardous waste under the Basel Convention.

In Bangladesh, ships containing these materials are being cut up by hand, on open beaches, with no consideration given to safe and environmentally-friendly waste management practices.

Ships are not properly cleaned before breaking. The activities are a threat to both terrestrial and marine environment as well as to public health.

Ship breaking activities are a source of lethal Persistent Organic Pollutants (POPs). POPs are chemicals that are highly toxic, remain intact in the environment for long periods, become widely distributed geographically, accumulate through the food web, accumulate in the fatty tissue of living organisms and pose a risk of causing adverse effects to the human population, wildlife and the environment. There has been a realisation that these pollutants, upon exposure of human population, can cause serious health effects ranging from increased incidence of cancers to disruption of hormonal system.

Asbestos was used in old ships as a heat insulator. As there are no asbestos disposal procedures, during scrapping, workers and surrounding environment are exposed to the asbestos fibres. Exposure to asbestos fibres (even in very low concentrations) especially through inhalation may cause cancer and asbestosis. On the ship breaking beaches, asbestos fibres and flocks fly around in the open air. Workers take out asbestos insulation materials with their bare hands.

It has been proved to be one of the most lethal, as inhaling asbestos fibres can lead to a wide range of pulmonary problems such as asthma and asbestosis – and can also be the direct cause of mesothelioma.

Heavy metals are found in many parts of ships such as in paints, coatings, anodes and electrical equipment. These are taken apart with no protective measures in place and reused. Exposure can result in lung cancer, cancer of skin, intestine, kidney, liver or bladder. It can also cause damage to blood vessels.

As a result of breaking ships, oil residues and other refuses are being spilled, mixed with sea water and left floating along the entire seashore. Oil may cause serious damage in different ways, such as a reduction of light intensity beneath the water surface which inhibits photosynthesis. Oil films on water reduce exchange of oxy-

gen and carbon dioxide across the air-sea interface which is harmful to aquatic life. It also causes damage to bird population by coating their feathers with oil which causes buoyancy and insulation losses. Sometimes, spilling may cause widespread mortality amongst the population of fish, mammals, worms, crabs, mollusks and other water organisms.

Ship scrapping activities pollute seawater environment in Chattogram coast. As a result, toxic concentration of ammonia, marine organisms found in seawater had an increase in PH levels. Extensive human and mechanical activities accelerate the rate and amount of seashore erosion and results in higher turbidity of seawater. There is abundance of floatable materials (grease balls and oil films) in seawater.

In ship breaking areas various refuse and disposable materials are discharged and spilled from scrapped ships and often get mixed with the sand. The scraps from ships are staked haphazardly on sea shore, leaving behind an accumulation of metal fragments and rust (particularly iron) in soil. These together with extensive human and mechanical activities often go on as matter of routine work resulting in the beach soil losing its binding properties and this accelerates the amount of shore erosion and increase the turbidity of sea water and sediments in the area.

Ship breaking activities contaminate the coastal soil and sea water environment mainly through discharge of ammonia, burned oil spillage, floatable grease balls, metal rust (iron) and various other disposable refuse materials together with high turbidity of sea water. The high PH of the seawater and soil observed may be due to addition of ammonia, oils and lubricants. High turbidity of water can cause a decrease in the concentration of Dissolved Oxygen (DO) and substantially increase Biological Oxygen Demand (BOD). Furthermore, oil spilling may cause serious damage by reduction of light intensity, inhibiting the exchange of oxygen and carbon dioxide across the air-sea water interface, and by acute toxicity. As a result the growth and abundance of marine organisms especially plankton and fishes may seriously be affected. Indiscriminate expansion of ship breaking activities poses a real threat to the coastal inter-tidal zone and its habitat. According to locals, sea fishes have almost vanished in the area.

In 2010, BILS established an Occupational Health and Safety (OHS) House at Bhatiary, Sitakund. It has conducted awareness raising sessions where around 1,900 workers were made aware about the issue.

A 14-member Bangladesh Ship Recycling Board (BSRB) to be led by an Additional Secretary of the Ministry of Industries will be formed to enforce a national policy and legislation adopted by the government to improve the OHS standards in ship breaking yards.