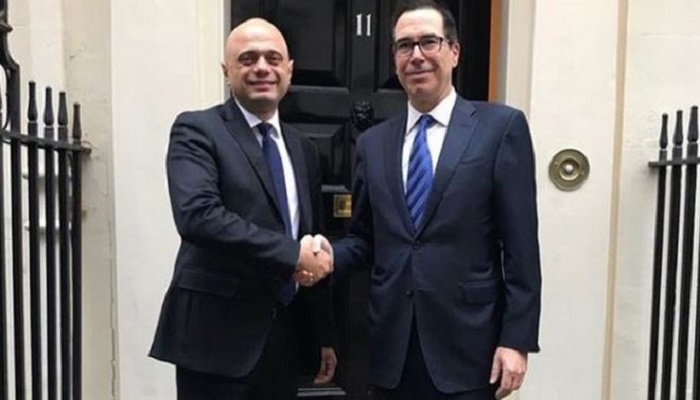 The US wants to agree a post-Brexit trade deal with the UK this year, the country's treasury secretary said, reports BBC.

After meeting Chancellor Sajid Javid in London, Steve Mnuchin said he believed the UK could negotiate trade deals with the US and EU at the same time.

After Brexit happens on 31 January, the UK will be free to negotiate and sign new trade deals with countries with no existing EU deals - like the US.

Mr Mnuchin added US President Donald Trump previously said the UK would "be at the top of the list" for a deal.

Mr Javid intends to introduce a 2% tax on the revenues of search engines, social media platforms and online marketplaces which derive value from UK users.

Earlier this week, Mr Mnuchin threatened new tariffs on UK carmakers after the chancellor defied US pressure to cancel the tax.