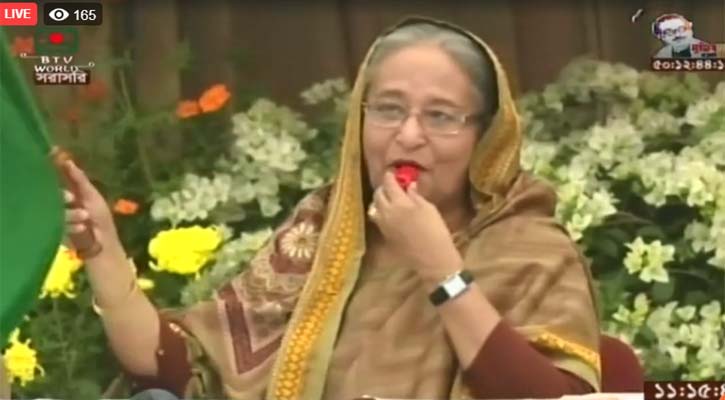 She inaugurated the development projects through a video conference from her official Ganabhaban residence in the capital.

Taka 1890.82 crore was spent to build the Sheikh Russel Water Treatment Plant having the capacity of producing 92 crore litres per day. It will increase pure drinking water coverage to 90 percent from the existing 65 percent in Chattogram.

While Bangabandhu Water Treatment Plant was built at a cost of Taka 2554 crore with the capacity of producing 11 crore litres per day. The existing 25 percent coverage of pure drinking water has been increased to 75 percent bringing 15 lakh more people of Khulna under the coverage.

Two bridges built on the rivers Titas at Nabinagar Upazila in Brahmanbaria and the Kaliganga in Manikganj Sadar under an important Nine Bridge Project of the Local Government Department.

The two water treatment plants and two bridges were built under the Local Government Department.

Besides, the Udayan and Paharika Expresses on Sylhet-Chattogram route will be replaced with two newly imported coaches.

The premier inaugurated an App to facilitate the digital functioning of the Palli Sanchay Bank. It will brought 22 lakh people under the coverage.

Separate documentaries on the uplift schemes were screened on the occasion.