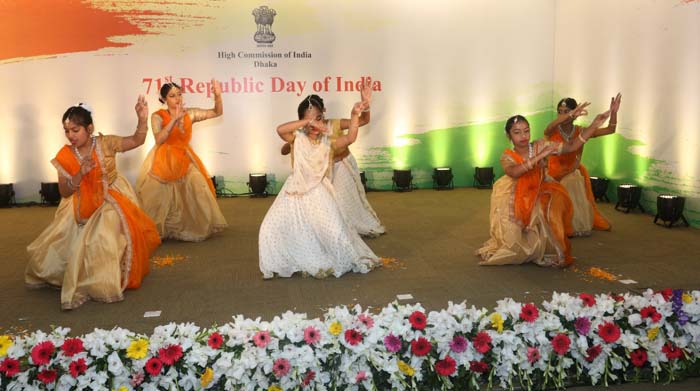 High Commissioner Riva Ganguly Das unfurled the national flag and read out the President’s address to the Nation.

The Mahar regimental band of the Indian Army which was specially flown in for the occasion played the Indian National Anthem.

Members of the Indian Community in Dhaka joined the Republic Day celebrations in large numbers and presented a cultural programme showcasing India’s unity in diversity.