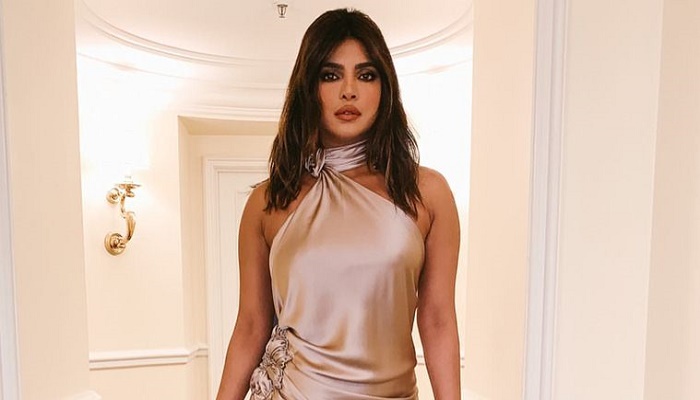 Global actress Priyanka Chopra is all set for Grammy Awards 2020.

The actor shared photos, giving a sneak-peek into her look of the day, reports The Indian Express.

The 2020 Grammys will hand out awards in its 84 categories live from the Staples Center in Los Angeles of United States today (Sunday).

As per the reports, Priyanka will be walking the red carpet with husband and American singer-actor Nick Jonas. Nick’s band with his brothers, Jonas Brothers, has been nominated at the Grammys for ‘Sucker’ in the Best Pop Duo/ Group Performance category. The band is also expected to perform on the stage.

According to Billboard.com, Alicia Keys will reprise her role as the evening’s host, while Camila Cabello, Gary Clark Jr., John Legend, Billie Eilish, Ariana Grande, H.E.R., Jonas Brothers, Lil Nas X, Billy Ray Cyrus, Lizzo, Rosalía, Blake Shelton and Tyler, the Creator will make the rounds onstage as they are all slated to perform and are all nominated for at least one award.

On the work front, Priyanka will soon be seen in Netflix’s The White Tiger and has signed a web-series under Russo Brothers’ directorial.