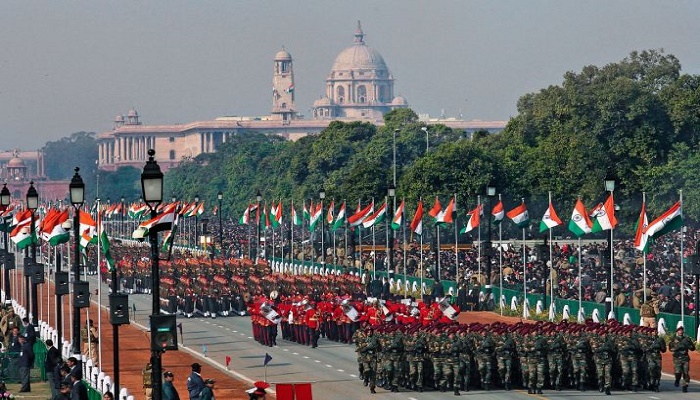 India is celebrating its 71st Republic Day today (Sunday). On this day in 1950, the Constitution of India came into force, reports The Statesman.

The Republic Day parade, which is considered the main attraction of the day’s celebration, took place along Rajpath started from 9 am till 11.30 am. Brazilian President Jair Bolsonaro is the chief guest at the parade.

The Presidential unfolding of tricolour is accompanied with National Anthem being played with a 21-gun salute.

Jair Bolsonaro along with the Prime Minister will watch a stunning display of India’s rich diversity.

Twenty-two tableaux will roll down the Rajpath. While 16 of them are from States and Union Territories, remaining six are from various ministries. Certain states, such as Bengal and Kerala, will not take part after their tableau ideas were rejected by the centre earlier.

A day earlier, President Kovind, on Saturday, invoked Mahatma Gandhi’s message of truth and non-violence and stick to constitutional methods of achieving social and economic objectives.