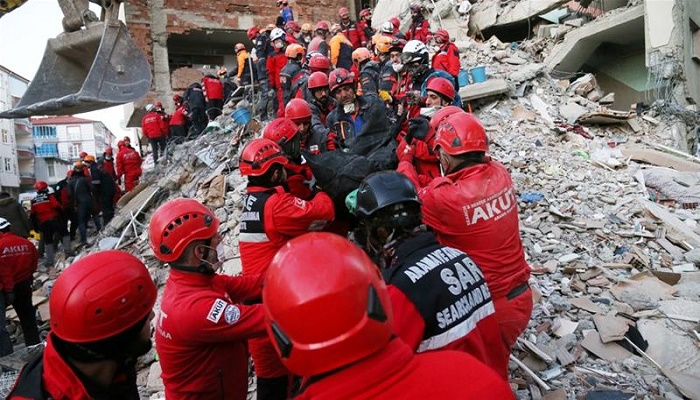 Search and rescue efforts are under way after a deadly earthquake struck eastern Turkey, killing 31 people and injuring more than 1,100 others.

The magnitude 6.8 quake, that struck on Friday evening, had its epicentre in the small lakeside town of Sivrice in Elazig province and was felt in neighbouring countries. Elazig is some 750km (465 miles) east of the capital, Ankara.

At least 40 people have been rescued from collapsed buildings. Health Minister Fahrettin Koca said around 1,103 people were injured, with 34 of them in intensive care but not in critical condition.

It was followed by several aftershocks, the strongest with magnitude 5.4, said the Disaster and Emergency Management Presidency.