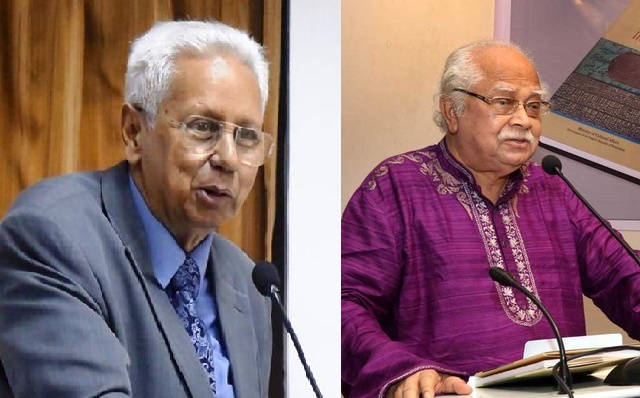 India has honoured former Foreign Secretary as well as Bangladesh High Commissioner to India Syed Muazzem Ali with the Padma Bhushan for Public Affairs (posthumous) and Professor Enamul Haque with the Padma Shri for his outstanding contribution to archaeology.

Born on July 18, 1944 in Sylhet, he joined the Pakistan Foreign Service in 1968, and retired in December 2001. While serving in the Pakistan Embassy in Washington DC in 1971, he declared his allegiance to the government of Bangladesh.

He was brought out of retirement to serve as Bangladesh High Commissioner in New Delhi from September 2014 to 2019.

These awards are conferred by the President of India at ceremonial functions which are held at Rashtrapati Bhawan usually around March or April every year. This year the President has approved conferment of 141 Padma Awards including 4 duos (when conferred on a duo, the Award is counted as one). The list comprises 7 Padma Vibhushan, 16 Padma Bhushan and 118 Padma Shri Awards.

Thirty-three of the awardees are women and the list also includes 18 persons from the category of Foreigners/NRI/PIO/OCI and 12 Posthumous awardees.