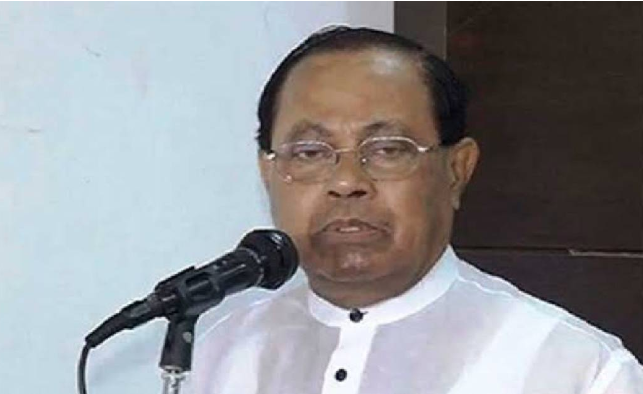 BNP senior leader Moudud Ahmed alleged that Bangladesh is now under the grip of one-party Baksal rule like that of 1975.

“What’s now going on in this country is a one-party rule like in 1975. Now there’s no politics in the country as in 1975. There’s also no effective parliament, the rule of law, freedom of press and independence of the judiciary like that period,” he said.

The BNP leader further said, “One-party rule had been introduced in 1975 formally by amending the constitution and the same system has been put in operation informally in a planned way. They (AL) established dictatorship and fascism undercover of democracy, and destroyed the spirit of the Liberation War.”

Moudud, a BNP standing committee member, came up with the allegation at a press conference at BNP chairperson’s Gulshan office arranged by the party on the day of introduction of one-party Baksal rule through the fourth amendment to the constitution in 1975.

He said there is no alternative to unity among the people of all walks of life to get rid of the current situation of the country. “We think the victory of spirit of the Liberation War and democracy is inevitable.”

About the background of the fourth constitutional amendment on January 25, 1975, Moudud said the constitution amendment bill was passed on that day only by 11 minutes without any discussion and debate in parliament.

Later, he said, the then Prime Minister had taken oath as the President and gained absolute power to govern the country.

“Awami League’s senior leader Khandaker Mushtaq Ahmed with the help of some military officials took over power by killing the Father of the Nation on August 15, 1975 and enforced martial law in the country. All but four Awami League cabinet members and MPs remained there in their posts, and the same government killed the four national leaders at Dhaka Central jail,” the BNP leader said.

He said it is BNP founder Ziaur Rahman who introduced multiparty democracy ending the one-party rule to fulfill people’s hopes and aspirations and materialise their dreams.

Moudud claimed that Zia established a democratic governing system in the light of the constitution of 1972, and restored people’s basic rights, the independence of the judiciary and press freedom.

“This system (Baksal) is never acceptable to the people of Bangladesh. People want to get back democracy and the spirit of the Liberation War, and they entrusted BNP with the responsibility to restore those,” the BNP leader added.