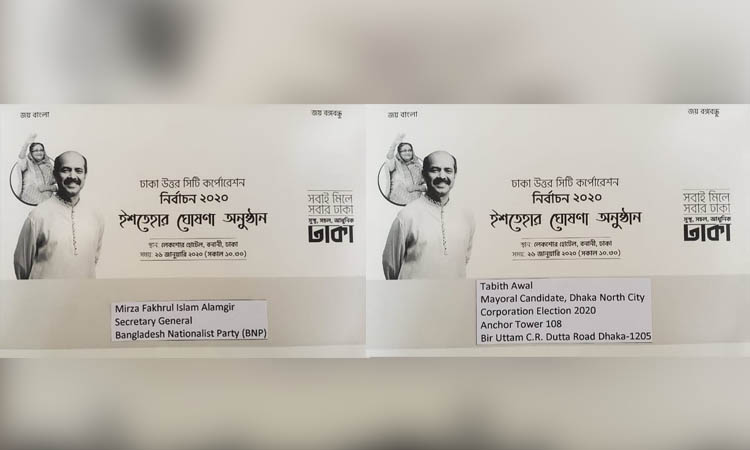 Sources said DNCC candidate Atiqul Islam will announce his election manifesto at Lakshore Hotel in the city on Sunday morning.

Leaders of the Awami League and the BNP were invited in the programme to be held at 10:30 am tomorrow.

Invitation cards were sent to BNP secretary general and BNP-nominated mayoral candidate, according to media report.

Atiqul is now busy in electioneering marking the city elections on February 1.