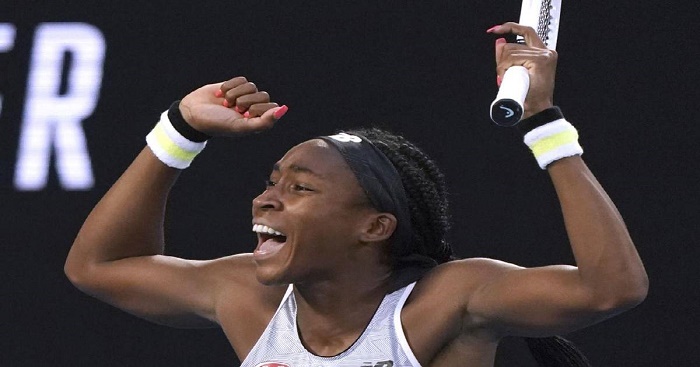 A quick look at the Australian Open:

Ash Barty was on and off the court quickly in her third-round match, a straight-sets win that left her most of the rest of the day to do whatever she pleased. If she chose to watch any tennis on TV, it would have been interesting viewing.

Serena Williams and Australian Open defending champion Naomi Osaka were both beaten in her half of the draw. She couldn't have met either until the semifinals, but their departures, along with Caroline Wozniacki, certainly improved Barty's chances of becoming the first Australian women's champion here since Chris O'Neil in 1978.

Barty and Riske have only met once before, when the American won their fourth-round match at Wimbledon last year. For Barty, that loss came only a month after she won her first major title at the French Open.

"For me, it was the end of a long trip," Barty said. "I felt like I was pretty tired. It had been a massive few months away from home."

"I think we're both going to be trying to move the other guy around, be the one dictating," Raonic said. "It's going to be important for me to get ahead early in the points, take care of my serve, and be the aggressor."

STAT OF THE DAY: 15: Winning streak for No. 17 Andrey Rublev after finishing the Davis Cup 4-0 last November, winning titles at Doha and Adelaide this month and now reaching the fourth round of the Australian Open.

QUOTE OF THE DAY: "I think I was a little bit — how you say — overwhelmed." — Belinda Bencic after winning just one game in her loss to Anett Kontaveit.