Tigers decide to bat in must-win 2nd T20I against Pakistan 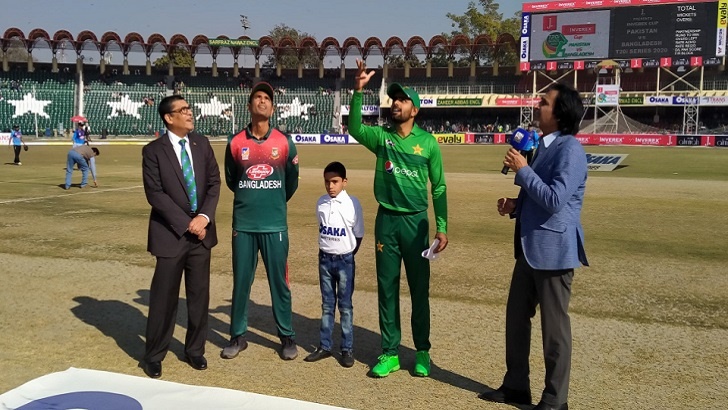 Bangladesh captain Mahmudullah Riyad won the toss and decided to bat in their must-win second Twenty20 international against Pakistan in Lahore on Saturday.

Pakistan, who lead the three-match series 1-0 after winning the first match at the same venue by five wickets on Friday, kept the same team while Bangladesh made one change.

The tourists brought in spinner Mahedi Hasan in place of batsman Mohammad Mithun.

The third and final match is at the same venue on Monday.