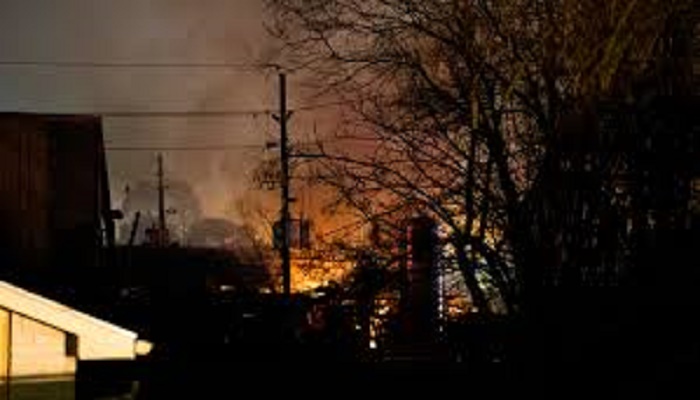 Two workers were killed and 20 injured in a warehouse explosion in Houston of United States on Friday, reports AP.

The explosion happened about 4:30 am inside a building at Watson Grinding and Manufacturing, which makes valves and provides thermal-spray coatings for equipment in various industries, authorities said.

The building was reduced to burning rubble and debris.

Among the 20 injured, two were warehouse workers and 18 others from neighboring homes and businesses, Mayor Sylvester Turner said.

None of the injured victims were thought to be life-threatening.