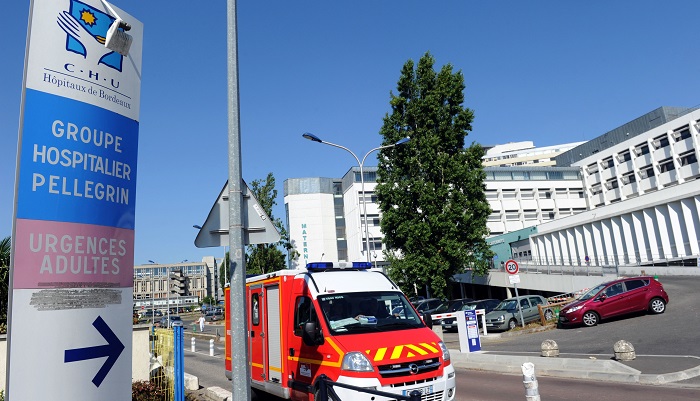 This file photograph taken on August 1, 2013, shows a general view of the CHU hospital Pellegrin in Bordeaux, south-western France. A patient "suspected of coronavirus" was hospitalized January 23, 2020, in Bordeaux and is under "observation", SOS Doctors announced January 24, on social networks. –AFP

Cases of Coronavirus have been detected in Australia, Malaysia and Nepal as the virus has already claimed 41 lives in China, reports Reuters.

Malaysia on Saturday said it had confirmed three cases of coronavirus infection, the first in the Southeast Asian country.

Health Minister Dzulkefly Ahmad said the three individuals infected were Chinese nationals and related to the 66-year-old man who was confirmed by Singapore health authorities to have tested positive for the virus.

Coronavirus can cause pneumonia, which has been fatal in some cases. It is still too early to know just how dangerous it is and how easily it spreads between people.

The infected individuals were a 65-year-old woman, wife of the man detected with the virus in Singapore, and their two grandsons, aged 11 and 2, Dzulkefly said.

The three have been admitted to Sungai Buloh hospital in Kuala Lumpur for treatment and were considered to be in stable conditions, the minister said at a news conference.

In a separate statement, Malaysia Airports said it has heightened screening of all passengers and crew arriving from China at gateway airports across the country to minimise the potential spread of the virus.

Australia confirmed its first case of the new coronavirus today in Melbourne, with many pharmacies in the city centre running out of protective masks despite health officials saying they are not recommended.

A Chinese national in his 50s is in stable condition in a Melbourne hospital after arriving from China on January 19 on a flight from Guangzhou, Victoria Health Minister Jenny Mikakos told journalists.

"It is important to stress that there is no cause for alarm to the community," Mikakos said.

In neighbouring New South Wales, health officials said they were treating two cases as "probable infections" although definite results of tests would only be known later on Saturday.

Australia's Chief Medical Officer Brendan Murphy said that there might be more cases of coronavirus, giving significant travel from Wuhan city to Australia in the past.

"This is the first confirmed case," Murphy told a news conference. "There are other cases being tested each day, many of them are negative, but I wouldn't be surprised if we had further confirmed cases."

Australia is a popular destination for the Chinese. It saw about 1.4 million short-term arrivals from China last year.

A Nepali student visiting home from China tested positive for the new coronavirus, an official in Kathmandu said on Friday, making it the first confirmed case in the Himalayan nation.

"One patient tested positive for coronavirus. He is a Nepali student studying in China," Mahendra Shrestha, a Health Ministry spokesperson, told the news agency.

The student had come home on holiday from Wuhan in China, a ministry of health statement said. He is being kept under surveillance and those in close contact with him were being monitored.

The airport in Wuhan -- epicentre of the virus -- was closed on January 23.

The ministry said it was seeking health information from all passengers travelling from China into Nepal.