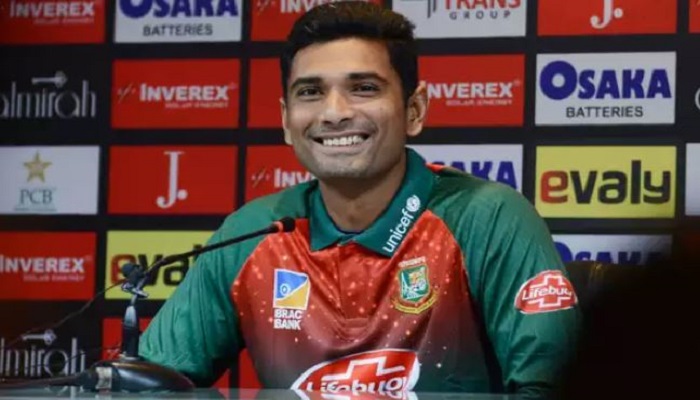 Bangladesh captain Mahmudullah wasn't too happy with the pitch for the opening T20I against Pakistan in Lahore, which he felt prevented the batsmen from playing their strokes freely. Bangladesh ended up on the losing side in the first of three T20Is, posting only 141 on the board which Pakistan chased down with three deliveries to spare.

"I expected a little bit better from the wicket because once the ball got older, we found it difficult to score runs. The ball did not come on to the bat as we expected," Mahmudullah said on Friday (January 24). "It was difficult for the later batters to come and hit straight away. Once the ball got old, it was difficult to bat. The ball was holding on the wicket and the batsmen struggled to get underneath. We were short by a good 10-15 runs."

Bangladesh openers Naim Sheikh (43) and Tamim Iqbal (39) added 71 runs in less than 11 overs to provide a solid platform. But the visitors weren't able to finish off well, just about crossing 140 thanks to Mahmudullah's brisk 14-ball 19.

" I believe the way we batted in the powerplay was spot on. Tamim and Naim batted quite well. But as the ball kept losing its shine, it was getting difficult. In the middle overs, we lost two wickets in a over, that too of a set batsman. From that point onwards, if we were to drag the run-rate higher, we would have needed some big overs which yielded some 15-17 runs.

"I think that was one of the areas which we lacked in. Credit goes to the Pakistani bowlers as well. They nailed their yorkers and mixed up their pace quite well. We will keep these things in mind and try to get better in the next game," added Mahmudullah.

That Bangladesh managed to stretch the game till the last over was something that pleased Mahmudullah, who did mention that they gave away a few easy boundaries. Meanwhile, he admitted the fielding was a letdown.

"The fact that we fought until the last over with this sort of total on board should bring in confidence for our bowlers. Though bowlers bowled well, we gave away quite a few easy boundaries. Especially on the leg side, we gave away some six-seven easy boundaries. If we could have done things differently in that regard along with the fielding, things might have panned out differently.

"We also let ourselves down in the fielding department. We missed a few chances, dropped a few catches and let go of a couple of run out chances. If you look at our field-setting, sometimes it was attacking and sometimes we held up a bit and this is due to the nature of the format which mandates flexibility in strategy. But in the end, I feel we were 10-15 runs short which forced us to not attack as much as we liked to. These are the things we need to find out, sit-together and look into," Mahmudullah said.