Bangladesh take on Pakistan in 2nd T20I to save series 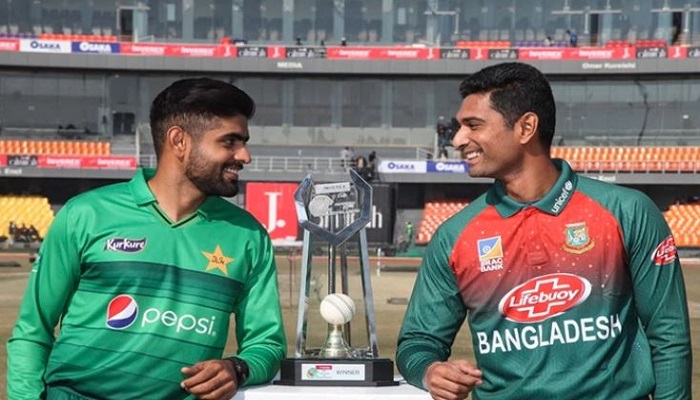 In a bid to save the series after a 5-wicket defeat in the first match of the ongoing three-match T20 series against Pakistan, Bangladesh will take on their Pakistani counterparts in the second match at the Gaddafi Stadium in Lahore on Saturday.

The match is scheduled to start at 3:00 pm (Bangladesh Time) this afternoon.

Earlier on Friday, Bangladesh lost the first game against Pakistan by five wickets. Bangladesh won the toss and opted to bat first but failed to put up a challenging target.

Mahmudullah-led Tigers scored only 141 runs for five in 20 overs.