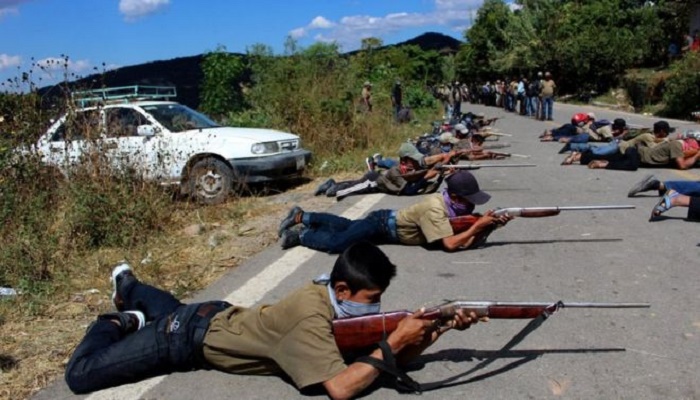 About 20 children have been recruited for an indigenous community police force in western Mexico following a deadly attack blamed on a drug cartel.

Some of the children, aged between eight and 14, were handed rifles while others paraded with sticks on a road in the town of Chilapa in Guerrero state.

Last week, 10 indigenous musicians were killed in an ambush as they returned from a party.

The area is rife with gang violence and many villagers create their own police.

The children were being trained to defend their town from attacks by criminal gangs, according to the group which represents the local indigenous people, known by its Spanish initials CRAC-PF.