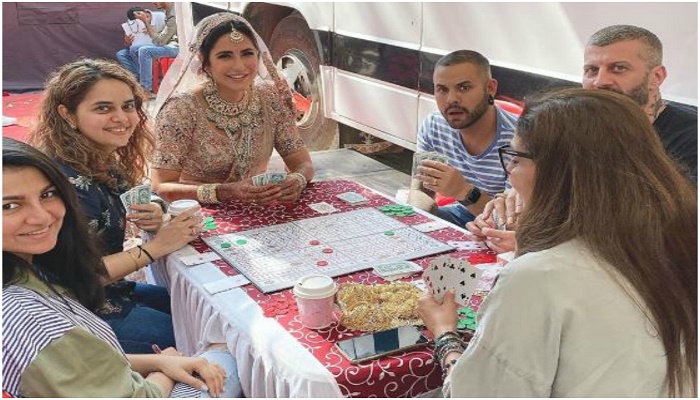 On Thursday, the 36-year-old actress shared a set of stunning pictures from a shoot of the film on her Instagram profile, where she can be seen dressed up in a bridal outfit, enjoying a game of cards with her crew. The actress looks glorious as a bride.

Directed by Rohit Shetty, Sooryavanshi is the fourth edition to his cop universe that began with Singham in the year 2011 starring Ajay Devgn in the lead. Post that, Shetty came up with Singham Returns in 2014 and Simmba in 2018.

Sooryavanshi reunites Katrina and Akshay Kumar after a huge gap and marks the actress’s first film with Shetty.

Ajay resumed his role of the police officer in Singham Returns, while actor Ranveer Singh was cast in Simmba.

Sooryavanshi is slated to hit the silver screens on March 27, 2020.