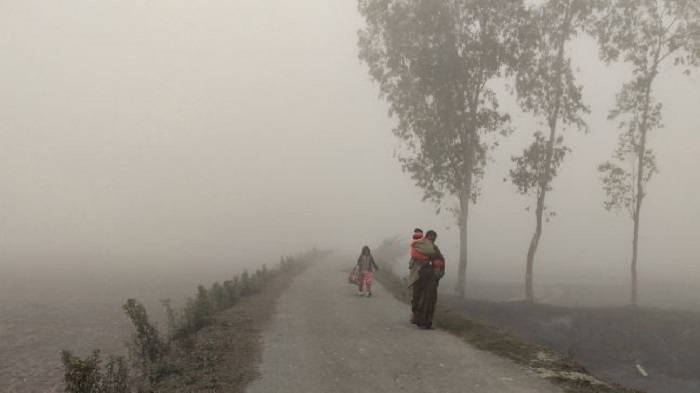 The death of a minor boy suffering from cold-related diarrhoea came in from Kurigram as a cold wave, sweeping over Bangladesh’s northern region, intensified.

Besides, 25 minors and six elderly people were admitted to hospitals in the last 24 hours. They have been suffering from cold-related diseases, mostly diarrhoea and pneumonia.

Since November 1 last year, the government reported 164,387 diarrhoea cases and five deaths. During this period, acute respiratory infection affected 67,954 people and killed 22. Other cold-related diseases affected 196,350 people and claimed the lives of 30 others, according to the government.

Kurigram has recorded 644 cases of ARI, 1,734 diarrhoea and 397 other cold-related cases since Nov 1. Atikul was the first person to die of diarrhoea in the district during this period.

Temperature dropped to 9 degrees Celsius in the district on Saturday morning, according to the weather office.

Kurigram’s Relief and Rehabilitation Officer Dilip Kumar Saha said they have already distributed 64,000 pieces of blankets, 2,000 packets of dry food and 1,500 dresses for children in the nine upazilas.

Meanwhile, the day’s lowest minimum temperature was recorded 6.4 degree Celsius in Panchagarh in the morning.