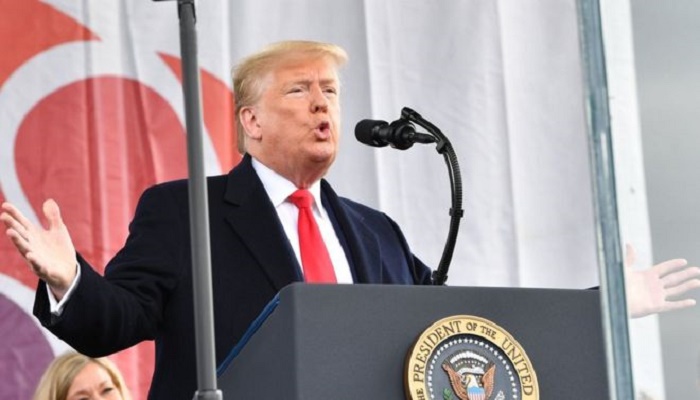 He addressed thousands of protesters at the 47th March for Life near the US Capitol where his impeachment trial is ongoing.

Mr Trump said: "We're here for a very simple reason: to defend the right of every child born and unborn to fullfil their God-given potential."

The annual demonstration first began in 1974 - a year after the US Supreme Court legalised abortion in Roe v Wade.

Until now no president had ever attended the march, which takes place just steps from the White House, though previous Republican presidents, including George W Bush and Ronald Reagan, have addressed the group remotely.

Mike Pence became the first sitting vice-president to attend the rally in 2017.

Voters who support limiting abortion make up a key constituency for Mr Trump, who is seeking their support at the polls again in the 2020 election.