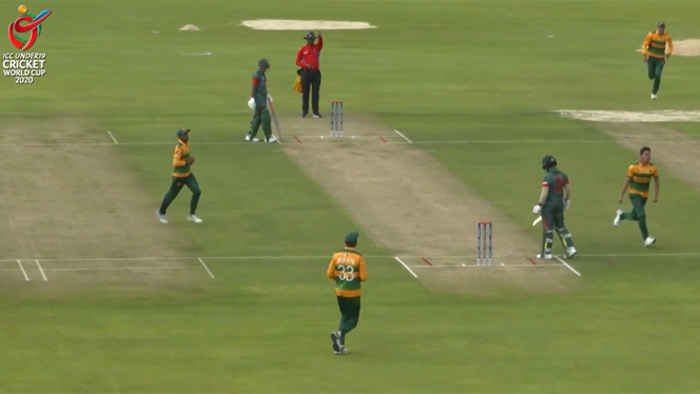 Bangladesh junior cricket team emerged champion of Group C of the ongoing ICC Under-19 World Cup in South Africa sharing point with Pakistan in their last match on Friday as the match was washed away due to rain and the match ended with no result.

Thanks to the rain, the junior tiger was escaped from a humiliating defeat after a suffering heavy batting collapse in this game.

Bangladesh were invited to bat first by the hosts and scored 106 for nine wickets in 25 overs before the rain came in and spoiled the day.

Despite the poor batting show, they managed to share points with Pakistan as the match produced no result.

Tanzid Hasan (34), Shahadat Hossain (16) and Avishek Das (20) were the only three batsmen to have managed double-digit scores.

Both Bangladesh and Pakistan won their first two games of the group. But due to the better run rate, Bangladesh emerged as the group champions.