BNP has no history of victory: Quader 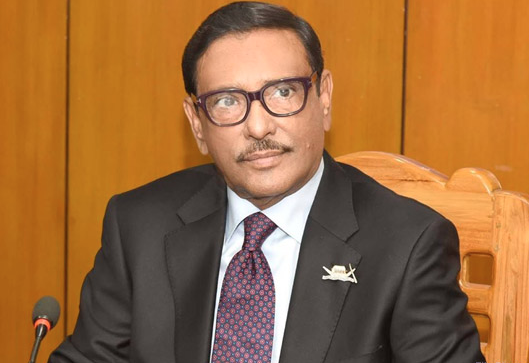 Awami League (AL) General Secretary and Road, Transport and Bridges Minister Obaidul Quader said BNP is trying to make the upcoming city corporation polls questionable as they (BNP) has no history of victory.

“BNP has sensed their defeat in the upcoming city corporation polls. For this, they (BNP) are trying to make the city polls questionable,” he told journalists after paying homage to Father of the Nation Bangabandhu Sheikh Mujibur Rahman by placing wreaths at his mazar in Tungipara of Gopalganj district.

The minister said, “We have to strengthen organizational structure of Awami League for ensuring its better contribution to build a “Sonar Bangla” as dreamt by Bangabandhu.”

The present government is relentlessly working to build a middle-income country through bringing a significant change in all development sectors, he added.