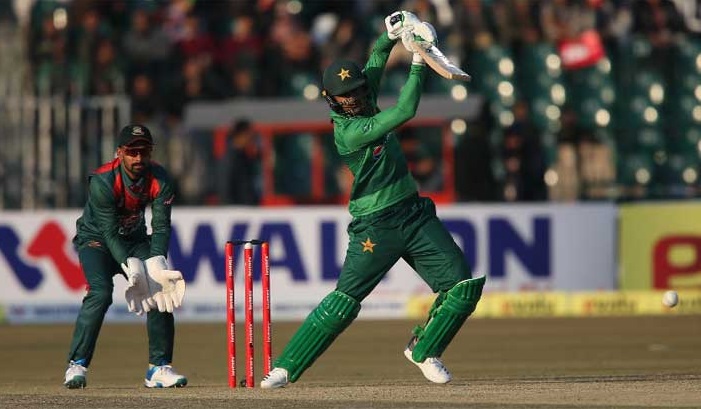 Pakistan beat Bangladesh by 5 wickets in the first Twenty20 international in Lahore on Friday.

Shoaib Malik and Ahsan Ali scored 58 off 45 and 36 off 32 respectively for Pakistan.

Bangladesh openers Mohammad Naim, who hit 43 off 41 and Tamim Iqbal, who made 39 from 34, batted with sincerity after Bangladesh won the toss and opted to bat on a flat Gaddafi stadium pitch.

Naim smashed two sixes and three boundaries while Iqbal had four boundaries and a six in his knock.

Skipper Mahmudullah chipped in with a quick 14-ball 19 which included two boundaries.

Pakistan handed Twenty20 debuts to pacer Haris Rauf and opener Ahsan Ali in a series they must win 3-0 to retain their world number ranking in the format.

The remaining two matches are also in Lahore, on Saturday and Monday.