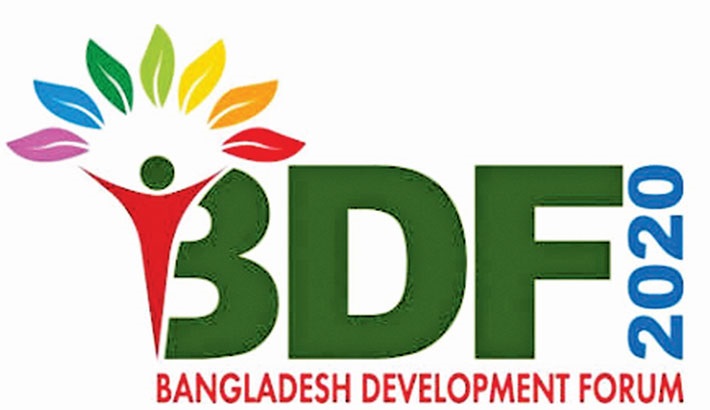 The Eleventh Jatiya Sangsad election held in Bangladesh on 30 December 2018 has been a significant milestone for sustaining parliamentary democracy and socio-economic progress in the country. Democracy and development are complementary to each other. Development is a continuous process, and concerted efforts cum active participation and support of the masses are required for this. The Awami League government has succeeded in ensuring massive development in all sectors of the country through wholehearted participation of the people. The living standard of the general masses has been improved and social harmony in the country has been enhanced. Despite a global recessionary trend, budgetary allocations in Bangladesh have been raised manifold, national income has increased significantly, and notable advances have been made in different sectors. This is evidenced from numerous accolades and recognitions accorded to Bangladesh in the international arena.

The BDF-2020 is being held in the backdrop of several significant milestones looming in the horizon for Bangladesh and its people. These include the observance of first anniversary of the Awami League government that assumed office in January last year for a consecutive third term. The country is also poised to celebrate the birth centenary of the Father of the Nation Bangabandhu Sheikh Mujibur Rahman from March this year. And the coming year marks the golden jubilee of Bangladesh’s independence. Implementation of the Seventh Five Year Plan (7FYP, 2016-20) is also nearing completion and the government will soon launch the Eighth Five Year Plan (8FYP, 2020-25) from July this year. The country is also set to graduate from the status of a least developed country (LDC) to that of a developing one with effect from 2024, provided that is approved by the triennial review of the UN in 2021. Besides, following the progresses made in achieving millennium development goals (MDGs), the country is striving hard to realise the global sustainable development goals (SDGs) by the year 2030.

Led by Bangabandhu’s illustrious daughter Sheikh Hasina, Bangladesh has achieved remarkable progress in many socio-economic sectors over the past eleven years. The average GDP growth rate during the period has been an astounding 6.67 percent, with the figure reaching a record 8.15 percent during 2018-19 fiscal. The World Bank classified Bangladesh as a lower-middle income country back in 2015, and the country could satisfy all criteria in 2018 for graduating from the LDC status. The government has also succeeded in maintaining a low inflation rate. The foreign exchange reserves have reached record levels, and the fiscal deficits as well as Debt-GDP ratio have been kept under tight control.

The country has also made commendable strides in numerous fields, which has been aptly reflected by various socio-economic indicators. The average life expectancy is now over 72 years; the infant mortality has dropped to 24 per thousand and the maternal mortality rate has been brought down to 1.72 per thousand. Compared to 40 percent in 2005, the poverty rate has come down to around 20 percent in 2019. Bangladesh has also made some visible breakthroughs in the education sector. Whereas, many developing countries are finding it difficult to achieve gender parity in education, the country has already achieved parity at primary and secondary levels. According to official figures, girls account for 51 percent of the total at primary level, while their proportion at the secondary level is 54 percent. This trend has been sustained for quite a few years, and the participation rate of girls is also on the rise at the college and university levels. All these successes have led to much acclaim worldwide and a global recognition for Bangladesh as a ‘Role Model of Development’.

The decade of 2020s poses many challenges for the society and economy of Bangladesh. The development goals and strategies for the first half of the decade will be articulated through the 8th Five Year Plan this year. Successful realisation of the SDG goals and targets is also very crucial for ensuring an inclusive and environmentally sustainable socio-economic growth. Besides, Bangladesh also needs to take preparation for tackling the side-effects of graduation from the LDC status, including synchronisation with new trade rules and regulations. There is also an urgent need to upgrade the country’s infrastructure, boost investment cum business climate, and bring about qualitative improvements in healthcare, education and human resources. Undertaking adaptive and mitigating measures to tackle the impacts of climate change also remains a major development challenge for the country. Forging and strengthening development partnerships with multilateral and bilateral stakeholders are therefore vital for carrying forward Bangladesh’s socio-economic advancements in a sustainable and inclusive manner.

The general objectives of BDF-2020 include evaluating Bangladesh’s progress in achieving SDGs, assessing the future financing cum resource gaps, development challenges and how to address those in a planned and systematic way. Key priority areas like education, health, rural development, climate challenges, trade facilitation, private sector growth etc. will have to be analysed in the light of domestic socioeconomic transformation and global trends. The specific objectives of BDF-2020 include gauging priority sectors and policies that are likely to have long-term strategic impact on Bangladesh’s advancement by taking into consideration the 8FYP, the SDGS and Vision-2041; recognising and consolidating the involvement of stakeholders in the country’s development pursuits; and reaching agreement on steps and approaches to be adopted by the stakeholders for advancing the cause of Bangladesh’s development in the short and medium terms.

The BDF-2020 will hold a keynote session and six thematic business sessions on the socio-economic priorities of Bangladesh, the SDGs and the 8FYP. The keynote session will specifically dwell on effective partnerships for implementing the 8th Five Year Plan, which is also geared towards realising the SDGs. The six business sessions will cover the following themes: policy support for private sector engagement and trade facilitation; innovative financing for a self-reliant Bangladesh; partnership for climate change and its financing; rural transformation by creating opportunities for all; healthcare services through inclusive delivery options; and ensuring quality education for all. It is expected that the relevant stakeholders will take follow-up actions based on policy recommendations emanating from these discussions.