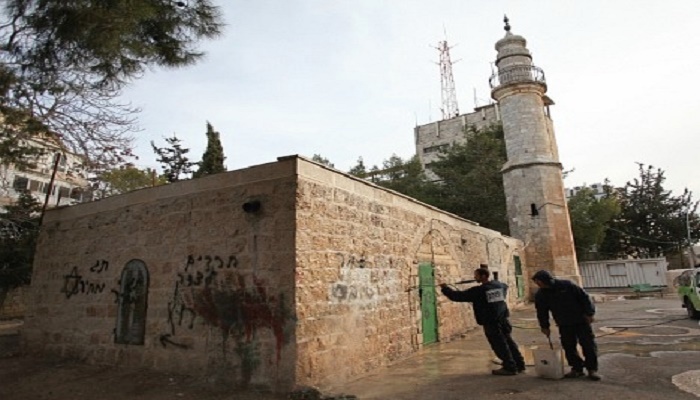 Israeli police said Friday they are investigating after a "room was ignited" in a mosque on the outskirts of Jerusalem and Hebrew, where graffiti was found on an outside wall.

The graffiti was hard to make out but appears to have been left by ultranationalist Israelis. One part read, “Demolishing (for) Jews? Demolishing enemies!" an apparent reference to the dismantling of settler outposts in the West Bank.

The mosque is in the Arab neighborhood of Beit Safafa, in annexed east Jerusalem.

Israel captured east Jerusalem along with the West Bank in the 1967 Middle East war. The Palestinians want both areas as part of their future state.

Hard-line Israeli nationalists have been implicated in past attacks on Palestinians and their property in the West Bank and east Jerusalem.