Germany's Merkel in Turkey for talks over migration deal with Erdogan 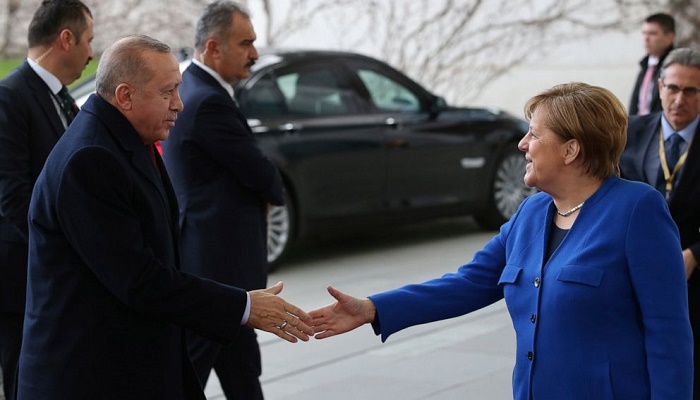 German Chancellor Angela Merkel is meeting Turkish President Recep Tayyip Erdogan in Istanbul on Friday for talks that are expected to focus on the future of a migration deal between Turkey and the EU that helped decrease refugee flows to Europe.

Merkel and Erdogan are scheduled to attend the opening ceremony of a Turkish-German university's new campus. But the visit comes amid fears of a possible new refugee influx as thousands flee new Syrian government attacks in a northern Syrian province.

Already, the number of migrants entering Europe from Turkey rose significantly last year as people fleeing conflict in Syria and Afghanistan arrived in Greece, leading to deteriorating conditions in overcrowded camps on the eastern Aegean islands.

The chancellor's visits also comes amid rising tensions with the EU over Turkey's bid to drill for natural gas in waters in the eastern Mediterranean where EU-member Cyprus says it has economic rights.

Leading by Germany, the EU agreed in 2016 to grant Turkey up to 6 billion euros ($6.6 billion) in Syrian refugee aid money to stop migrants leaving for Greece.