Hundreds gather for Baghdad rally to demand US troops leave 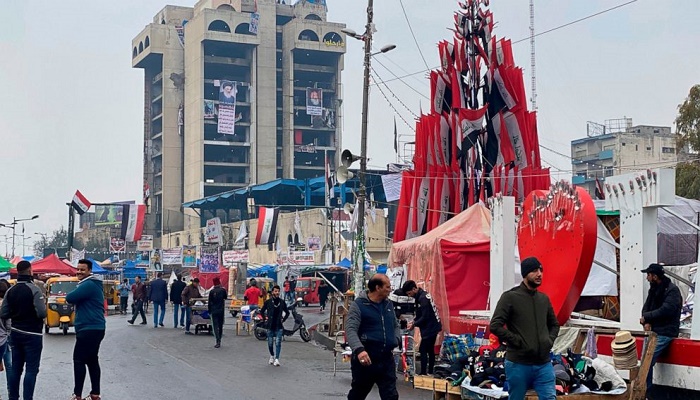 Hundreds of supporters of an influential, radical Shiite cleric gathered Friday in central Baghdad of Iraq for a rally to demand that American troops leave the country amid heightened tensions after a US drone strike earlier this month killed a top Iranian general in the Iraqi capital.

Since mid-morning on the Muslim day of prayers, loudspeakers blasted “No, no America!” at a central square in the Iraqi capital.

Roads and bridges leading to the heavily fortified Green Zone, the seat of Iraq's government and home to several foreign embassies, including the US Embassy, were blocked off by concrete barriers. Iraqi security forces stood guard, blocking access to the gates to the zone.

Shiite cleric Moqtada al-Sadr, whose party won the most number of seats in the May 2018 parliament elections, had called for a “million-man” demonstration to demand the withdrawal of American troops following the US drone strike near Baghdad's airport that killed top Iranian general Qassem Soleimani and senior Iraqi militia commander Abu Mahdi al-Muhandis.