India to bowl in Twenty20 opener against New Zealand 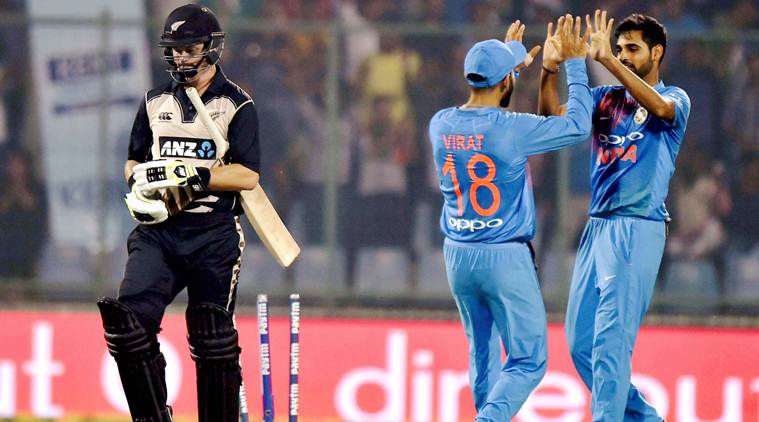 India won the toss and elected to bowl first in the opening Twenty20 match against New Zealand in Auckland Friday to start their five-match series in a World Cup year.

Captain Virat Kohli said the fading light in the first innings was key to making New Zealand bat at Eden Park with its short boundaries.

“With the light going it’s a bit hard to pick the ball up initially,” he said.

“We’re going to look to get good strikes with the new ball and get into the game.”

Hamish Bennett, once a regular face in the New Zealand one-day international side has been recalled to the Black Caps for his maiden Twenty20 and will share the pace duties with Tim Southee.

New Zealand’s morale has taken a knock following their recent 3-0 Test thrashing by Australia although they can draw confidence from having beaten India 2-1 in a Twenty20 series a year ago.

They last met in the ODI World Cup semi-finals last year with New Zealand again coming out on top.

India have rarely enjoyed success against New Zealand in cricket’s shortest form although they have their tails up after beating Sri Lanka 2-0 early this month followed by a 2-1 win against Australia in ODIs.