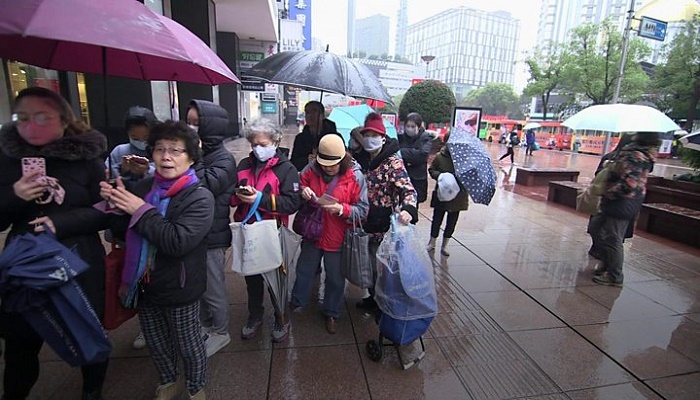 China is battling to contain a deadly coronavirus in Hubei province, as hundreds of millions of Chinese prepare to celebrate the Lunar New Year.

Wuhan and other cities in Hubei have seen far more draconian measures, with public transport suspended.

On Friday, Chinese authorities said the death toll had risen to 25, with 830 confirmed cases.

Of the confirmed cases, 177 were in a serious condition and 34 have been "cured and discharged", the National Health Commission said.

There are also 1,072 suspected cases, it added. Almost all of the deaths have been in Hubei - the virus emerged in the province's capital, Wuhan.

The World Health Organization has not classed the virus as an "international emergency", partly because of the low number of overseas cases - currently 13.

China has effectively quarantined nearly 20 million people in Hubei province, with no planes or trains in or out of Wuhan. Roadblocks have also been reported.

There have been long queues - and some squabbling - at food stores for diminishing stocks.

Face masks are compulsory in all public places in Wuhan and some residents are saying it is like a ghost town.