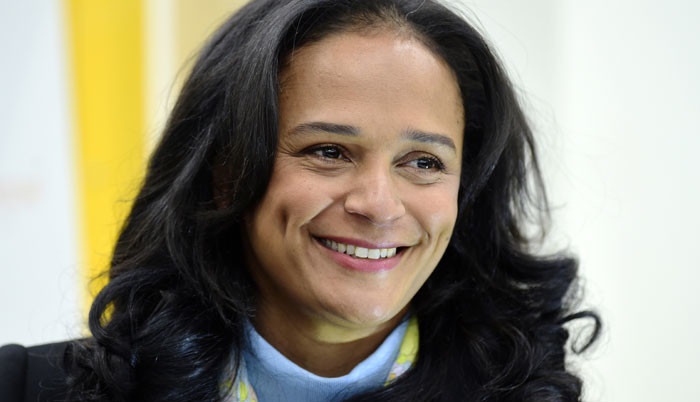 Isabel dos Santos, the tycoon daughter of Angola's ex-president who is at the centre of an anti-graft investigation, on Thursday vowed she was ready to fight against what she called "misleading and untrue" allegations.

Dos Santos, dubbed 'the princess' in Angola, is accused of using her father's influence to steal millions of dollars from state companies and siphon the funds overseas during his rule.

The allegations stretch across Angola's state oil and diamond industries and banks to Lisbon. Named in the probe, the head of one of Angola's largest banks has resigned while a Portuguese banker has been found dead in an apparent suicide.

Angola's prosecutors have accused dos Santos of mismanagement and embezzlement of funds during her tenure at Sonangol, Angola's state-owned oil giant which she once headed during her father's rule.

But Dos Santos on Thursday countered the claims.

"The allegations which have been made against me over the last few days are extremely misleading and untrue," she said in a statement issued through a public relations firm in London.

She said was "ready to fight through the international courts to defend my good name".

Mario Leite da Silva, who was chairman of Banco de Fomento Angola (BFA), the third largest bank in the country, has resigned after being named in the corruption probe, according to a letter seen by AFP.

Most of the ex-president's family have moved abroad since he stepped down in 2017, and are believed to mostly spend time between London and Portugal.

Isabel dos Santos' whereabouts were not clear on Thursday.

The eldest child of ex-president Jose Eduardo dos Santos was already the target of an anti-graft campaign led by her father's successor, Joao Lourenco.

Gros said dos Santos was among five named suspects, all of whom were currently residing abroad.

"At the moment, the concern is to notify and get them to voluntarily come to face justice," Gros said.

One of the suspects, a Portuguese banker identified at the weekend in a worldwide media release of documents dubbed the "Luanda Leaks," has been found dead in Lisbon, police there said.

"All indications point to suicide," a police spokesman told AFP.

Just hours earlier, EuroBic said in a statement that Dos Santos -- who owns 42.5 percent of the bank -- had taken the decision to "withdraw" as a shareholder.

Angola's prosecutor general travelled to Lisbon after his announcement of the charges to meet his Portuguese counterpart, where he said he would be seeking "help on many things".

Another suspect named by the prosecutor general, Mario Leite da Silva, who was chairman of Banco de Fomento Angola (BFA), the third largest bank, quit his job earlier this week.

His resignation came a day after he was named "personal financial adviser" to Isabel dos Santos in the "Luanda Leaks".

Investigations into her 18-month tenure as Sonangol head began after her successor Carlos Saturnino raised the alarm about "irregular money transfers" and other suspect procedures.

The leak of more than 715,000 files, published on Sunday by some of the world's top media outlets, suggests the alleged looting was systemic.

Hundreds of companies, many based in tax havens such as the British Virgin Islands, are alleged to have helped dos Santos accrue her fortune.

The mounting scandal has prompted scrutiny in Portugal and some of its corporations, especially the small lender EuroBic.

Dos Santos has repeatedly denied any wrongdoing and denounced the investigations as politically motivated.

"This is a very concentrated, orchestrated and a well-coordinated political attack, ahead of (ruling party) elections in Angola next year," she said.

The 46-year-old businesswoman has been furiously defending her empire, claiming her fortune was built on nothing but hard work and fruitful investments.

Angola's ruling Popular Movement for the Liberation of Angola (MPLA) said it respected the prosecutor's decision.

"The MPLA supports and encourages the continuing fight against corruption and impunity, which is a national imperative," spokesman Albino Carlos told AFP.

Opposition party UNITA said the prosecutor general was acting as "part of the normal functioning of justice institutions".

Dos Santos has been dubbed "the princess" by many Angolans and Africa's richest woman by Forbes, which estimates her assets at $2.1 billion (1.89 billion euros).

Angola is still reeling from ex-president dos Santos's 38-year rule during which key positions were awarded to his cronies and wealth amassed by a select few.

Lourenco has vowed to crackdown on corruption and launched a large-scale purge of the dos Santos administration.

He removed Isabel dos Santos from her job at Sonangol shortly after he came to power.