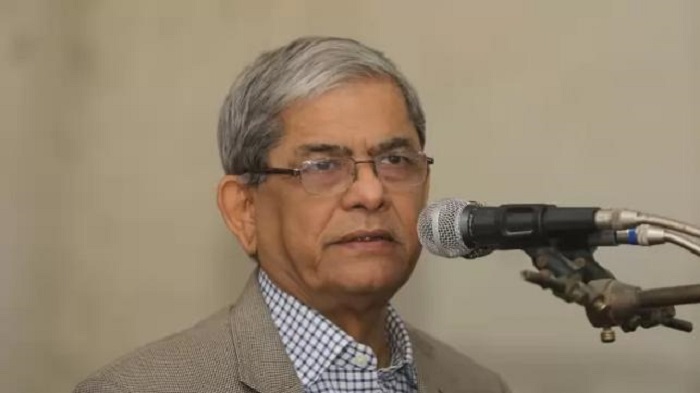 Hailing the International Court of Justice’s (ICJ) order for provisional measures to protect Rohingyas from genocide in Rakhine State, BNP on Thursday thanked The Gambian government for filing the case against Myanmar.

Mirza Fakhrul Islam Alamgir came up with the remarks at a press briefing after a meeting of BNP standing committee members at its Chairperson’s Gulshan office.

“We congratulate The Gambia over the order of the International Court of Justice. We thank them as the order was given due to their initiative,” he said.

He said ICJ asked Myanmar to take steps to prevent genocide against Rohingyas. “The trial of the case filed by The Gambia against Myanmar will continue. We thank The Gambia as it filed the case with the ICJ.”

In a sweeping legal victory for members of the Rohingya Muslim minority, the UN top court on Thursday ordered Myanmar to take all measures in its power to prevent genocide against the Rohingya people.

The court's president, Judge Abdulqawi Ahmed Yusuf, said the International Court of Justice "is of the opinion that the Rohingya in Myanmar remain extremely vulnerable."

An estimated 745,000 Rohingyas were forced to flee to Bangladesh since August 2017.

The ICJ accepted all four provisional measure requests in a unanimous (all 15 judges) verdict and asked Myanmar to submit a report within four months confirming measures taken, after that report every six months.

The court used the term 'Rohingya' and also rejected Myanmar’s claim and asked it to stop genocide and atrocities against Rohingyas.

Fakhrul said their standing committee meeting expressed deep concern over the growing incidents of killing of Bangladeshis by Indian Border Security Force along the border.

He said their meeting condemned the attack on BNP’s DNCC mayoral candidate Tabith Awal, obstructing the party candidates from carrying out electioneering and destroying their posters.

Fakhrul said their standing committee meeting demanded for the cancellation of the decision to use electronic voting machines (EVMs) in the elections to the two Dhaka city corporations.

“We think there’s a scope for not only rigging votes, but also for changing the entire results if the voting is held with EVMs. That’s why we want it to be cancelled.”