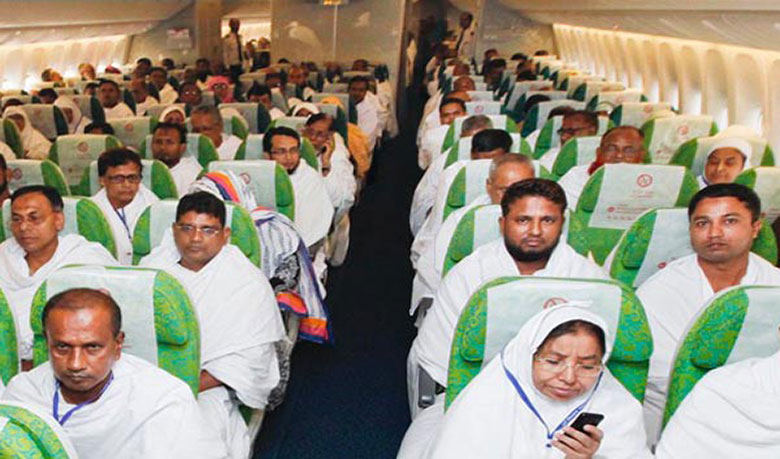 The Hajj Agencies' Association of Bangladesh (HAAB) on Thursday has urged the government to reduce the Biman’s airfare for hajj pilgrims.

HAAB president Shahdat Hossain Taslim made the demand at a press conference at a city hotel after Biman Bangladesh Airlines had increased the airfare for the hajj pilgrims recently.

The national carrier has illogically increased the airfare for the pilgrims this year. Government should reduce it in the interest of the pilgrims, Shahadat said.

There is no reason for increasing the airfare, as the price of jet fuel has not been increased, he said.

Biman Bangladesh has recently fixed Tk1.40 lakh as airfare for each pilgrim this year, which was Tk1.28 lakh last year.

A total of 137,198 pilgrims will go to Saudi Arabia from Bangladesh this year for performing Hajj.

Among them, 1.2 lakh people will perform Hajj under private management while 17,198 others under government management.

Neither Bangladesh nor Saudi Arabia have imposed any extra charges on Hajj pilgrims, said the HAAB president.

Top leaders of the organisation were present at the programme.