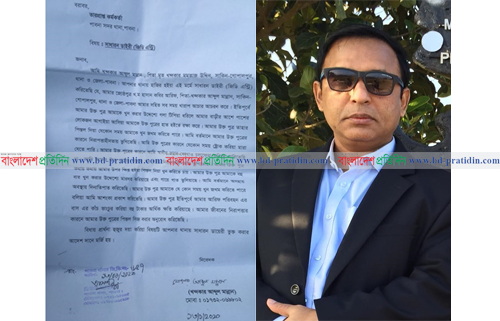 A father filed a general diary (GD) with Pabna Sadar Police Station against his son seeking security of his life on January 13 in Pabna.

In the GD, he also alleged that Hasan always misbehaved with him and tortured over trivial matter.

Confirming the news, Officer-in-charge (OC) of Pabna Sadar Police Station Nasim Ahmed said they have sought permission from court to investigate the matter.

When asked about the GD, Kh M Hasan said his father is now 90-yers-old and it is impossible for him to file this GD. Someone may have misguided him to file the complaint.

He also refuted all allegations mentioned in the GD against him.