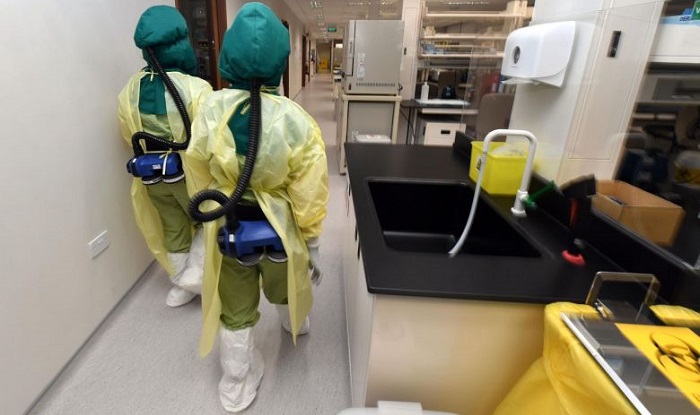 Singapore Thursday confirmed its first case of the new SARS-like virus which has killed 17 people in China and spread to multiple countries including the United States.

The Ministry of Health (MOH) said the patient was a 66-year-old man from Wuhan who arrived in Singapore with his family on Monday.

He was immediately isolated after arriving at a hospital with a fever and cough, and test results later confirmed he was infected with the coronavirus.

One of his travelling companions, a 37-year-old man from Wuhan, has also been admitted to hospital as a suspect case.

Prior to admission, they had stayed at a hotel on the resort island of Sentosa, the ministry said.

It added that Singapore was expecting more cases and alarms "given the high volume of international travel".

Singapore's Changi Airport started screening flights from Wuhan at the beginning of the month, and on Wednesday extended the checks to all flights from China.

The travel hub receives over 430 flights from China every week.

The virus has caused alarm in China and abroad because of its genetic similarities to Severe Acute Respiratory Syndrome (SARS), which killed nearly 650 people across mainland China and Hong Kong in 2002-2003.

Singapore was among the hardest hit by SARS with 33 deaths.

Prime Minister Lee Hsien Loong, who is in Davos for the World Economic Forum, said there was "no need to panic".

Speaking to reporters travelling with him, Lee said Singapore has beefed up its hospital facilities and laid out response measures since the SARS epidemic.

"I think we are much better prepared now," he said in remarks carried by the Straits Times newspaper.